Brock has made 3 bicycle journeys around North America:

Brock toured, pulling a 70 lb. trailer, through the mountains of mid America in the winter for 8 months, speaking at schools and other groups to raise awareness for a kinder world.

Brock & Wilma, with an incredible support Team, travelled through 33 States & 7 Provinces – 18,000 Km – for 7 months…for a KINDER world. They touched the hearts of people of all ages, styles, and colors!

A newscast item about Brock’s tour:

In the year 2009 Brock started his Kindness… Cycle it Forward tour.

From the archives! Newspaper articles about the tour: 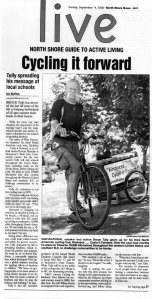 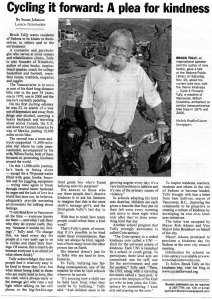 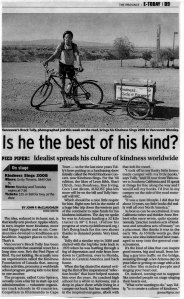 A newscast item about Brock’s tour:

From the archives! A map of Brock’s journey and some newspaper articles about the tour: 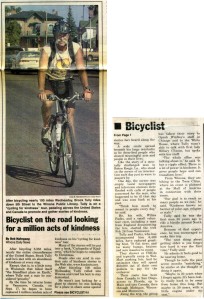 From the archives! Some old newspaper articles and a map of Brock’s first journey: 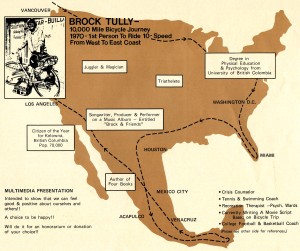 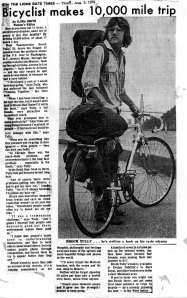